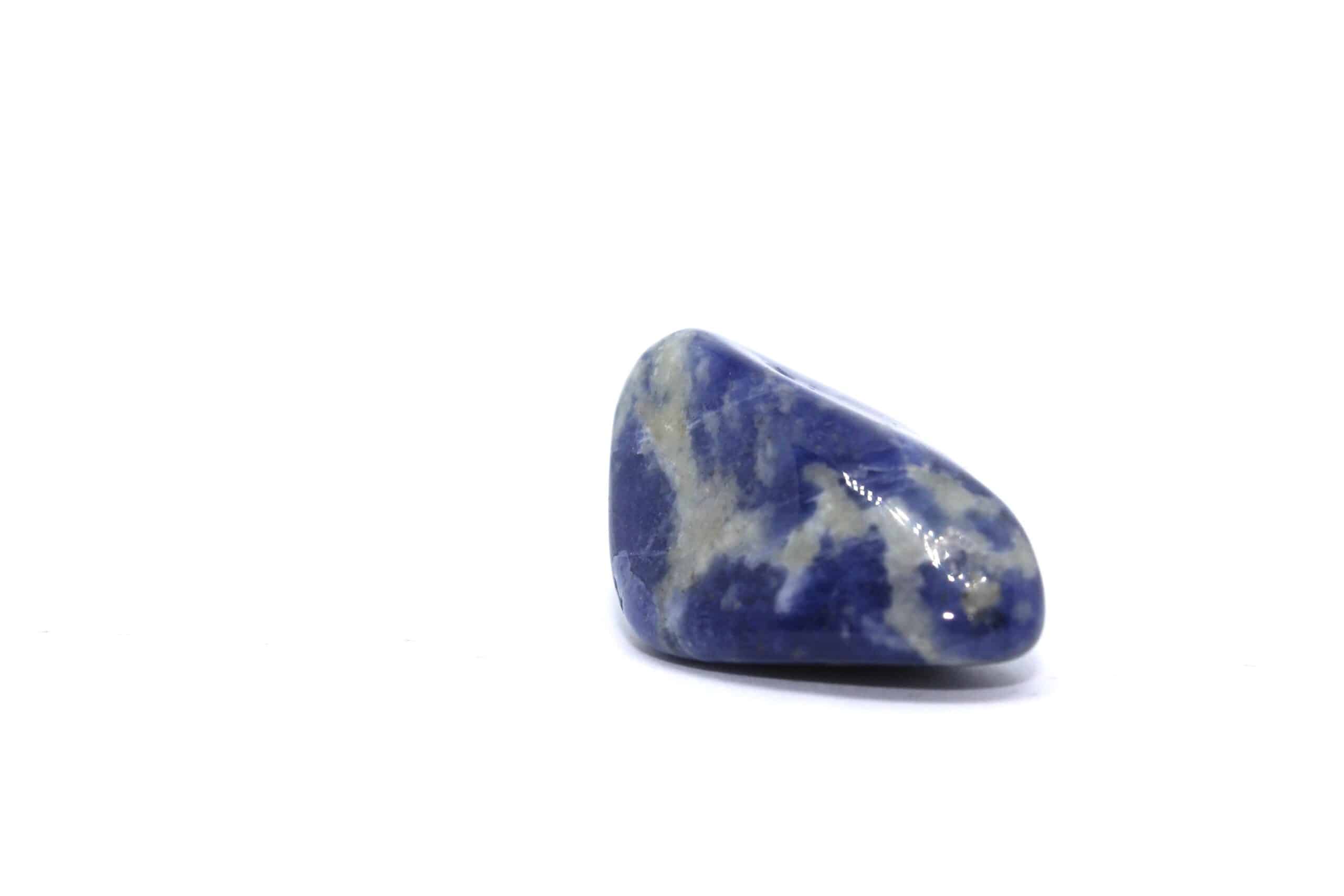 There aren’t many worse feelings than getting scammed and that is an even bigger worry when you’re buying something as personal as a healing crystal. So to put your mind at ease, I ‘m going to share some tips on how to know whether your sodalite is real or fake.

Fake sodalite does exist but it’s rare, the gem isn’t really expensive enough to justify faking. But if you are curious about the genuinity of your stone, you can either cut it to see if there is an oder (fake sodalite is odorless), or use an acetone (nail polish remover) to strip any dyes on the stone.

The sodalite that you will most likely buy has certain distinguishing features. It’s typically a royal blue color with streaky white veins running through the stone. There are, however, some color varieties meaning it’s possible to find sodalite that’s purple, brown, white or even colorless. But typically, the sodalite you’ll buy will be the previously mentioned royal blue color.

If you want to learn a little bit more about the physical properties of sodalite or where it occurs naturally, check out this post on what sodalite is.

Should I worry about fake sodalite?

As I mentioned at the start of the post, sodalite you typically buy is unlikely to be faked. The reason for this is that it’s not nearly as expensive as some other precious stones like the similarly colored lapis lazuli.

This generally makes it difficult for counterfeiters to make any real money on, for the most parts it’s simply cheaper to sell the real deal thing.

However, there are a couple points to note. The first thing is that people love the deep royal blue color that sodalite has. This means that lighter colored stones or stones that have had its color washed out are less valuable. This is an incentive to use color dye to make a stone seem more attractive for buyers.

Another thing to remember is that manufactured sodalite also exists. So don’t fall into the trap of buying this type of material (unless you’re buying it knowingly).

What is manufactured sodalite?

Check out the current price of sodalite coasters on Amazon.

How Can I tell if my sodalite is fake?

There are a few tests and pointers if you want to be certain of your stone being genuine.

Be careful of any bargain that seems too good to be true. While sodalite certainly isn’t the most expensive precious gem on the market, you still need to be vigilant.

A good quality piece of sodalite jewelry can cost in the hundreds of pounds. If you find a similar item for only a fraction of the price, then maybe it’s worth reconsidering the purchase.

Another useful trick is cutting the stone open. This is obviously an irreversible procedure so don’t do it on jewelry or any stones that are important to you.

Because of the relatively low hardness of sodalite, you can cut the stone open and have a smell of the inside.

Sodalite may release hydrogen sulfide gas when cut open (this is that “rotten egg smell”). So, it can be a good way to test sodalite that was bought cheaply or in bulk.

Because everyone loves the deep royal blue color of sodalite, that can be an incentive to dye a piece of sodalite that’s had it’s color washed, or even a cheaper stone.

A way you can test if a dye has been used is by using a little bit of acetone or nail polish remover. This would reveal any dye that was used on the stone.

Word of warning, however, acetone can also damage your stone so please be weary. Just like the cutting open method, it’s best to only test this if the stone was bought cheaply or you bought a bunch in bulk.

The deep royal blue color that many of us are used to is probably white sodalite is most recognised for, but it’s not the only way the stone can look.

Other colors that you can find include: purple, white, brown, clear.

A variety of sodalite known as hackmanite is a deep purple color and becomes this way after a process of being exposed to ultraviolet light known as tenebrescence.

Check out my article about how sodalite can actually change colors!

The process of tenebrescence can turn sodalite into other colors too such as red or orange.

Lapis Lazuli is another stone that is often mistaken for Sodalite. The two stones share plenty of similarities, not least the gorgeous deep blue color. But there are a couple marked differences between the two that will help ensure you know which one you have.

Check out the current price of lapis lazuli on Amazon.

Unlike sodalite, lapis lazuli is completely opaque and has little golden specks of pyrite. Lapis is also the more expensive of the two stones. In terms of spirituality, sodalite channels the powers of the Moon, which makes it a powerful enabler of love. Lapis lazuli, on the other hand, is ruled by the messenger god Jupiter. This makes lapis suitable for communication and affirmations.

Check out my article on the differences between sodalite and lapis lazuli if you want to know more.

So, while it’s unlikely that the sodalite you’ve bought is fake, it’s still worth being careful. Always be aware of the price and remember that a deal too good to be true, usually is. While sodalite is usually a navy blue, it’s possible to be several other colors as well so don’t be too nervous if your stone looks different. Finally, if you’re really curious, you can test the genuinity of your sodalite by either cutting it open and checking its odor, or by using an acetone… but beware, in both cases the process will damage the stone. 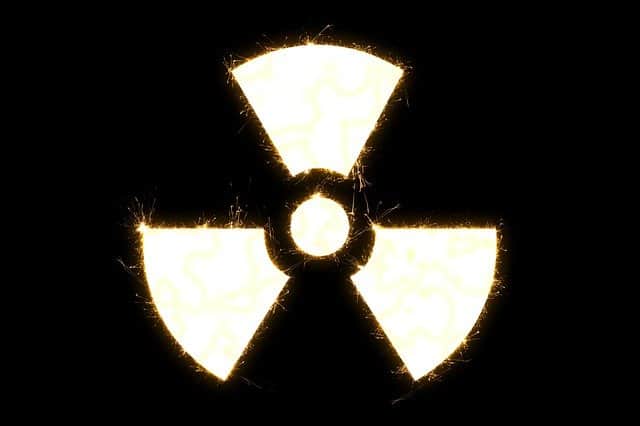 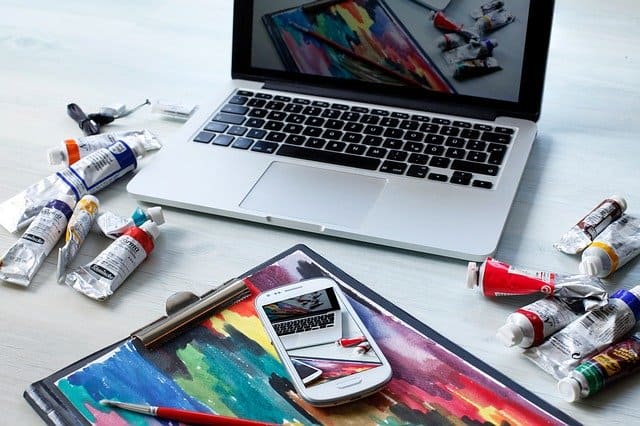 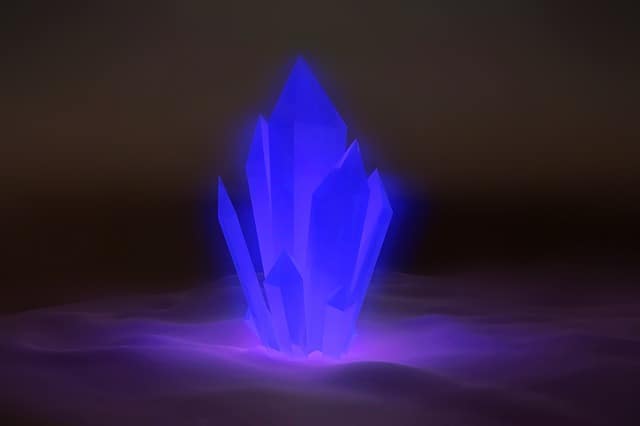